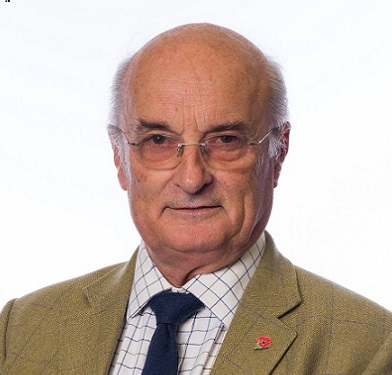 I was born in Bristol and attended St John’s School in the 1950s, my secondary education took place in both the private and public sector in Glamorgan and Sussex. I eventually returned to Bristol to complete my education prior to joining the Army in 1972.

My career included command up to regimental level, a flying tour, and overt and covert intelligence operations in Ireland, the middle east and Africa. After leaving the Army I continued to work in Deference Intelligence until my final retirement in 2011.

Both my sons were educated at Clifton College and I have three granddaughters in Dorset. My Black Labrador and I share our time between Bristol and France.

I have written a book telling the story of the 37 old boys of the school who lost their lives in the 1st World War and organised the restoration of their memorial outside the former St John’s Church.