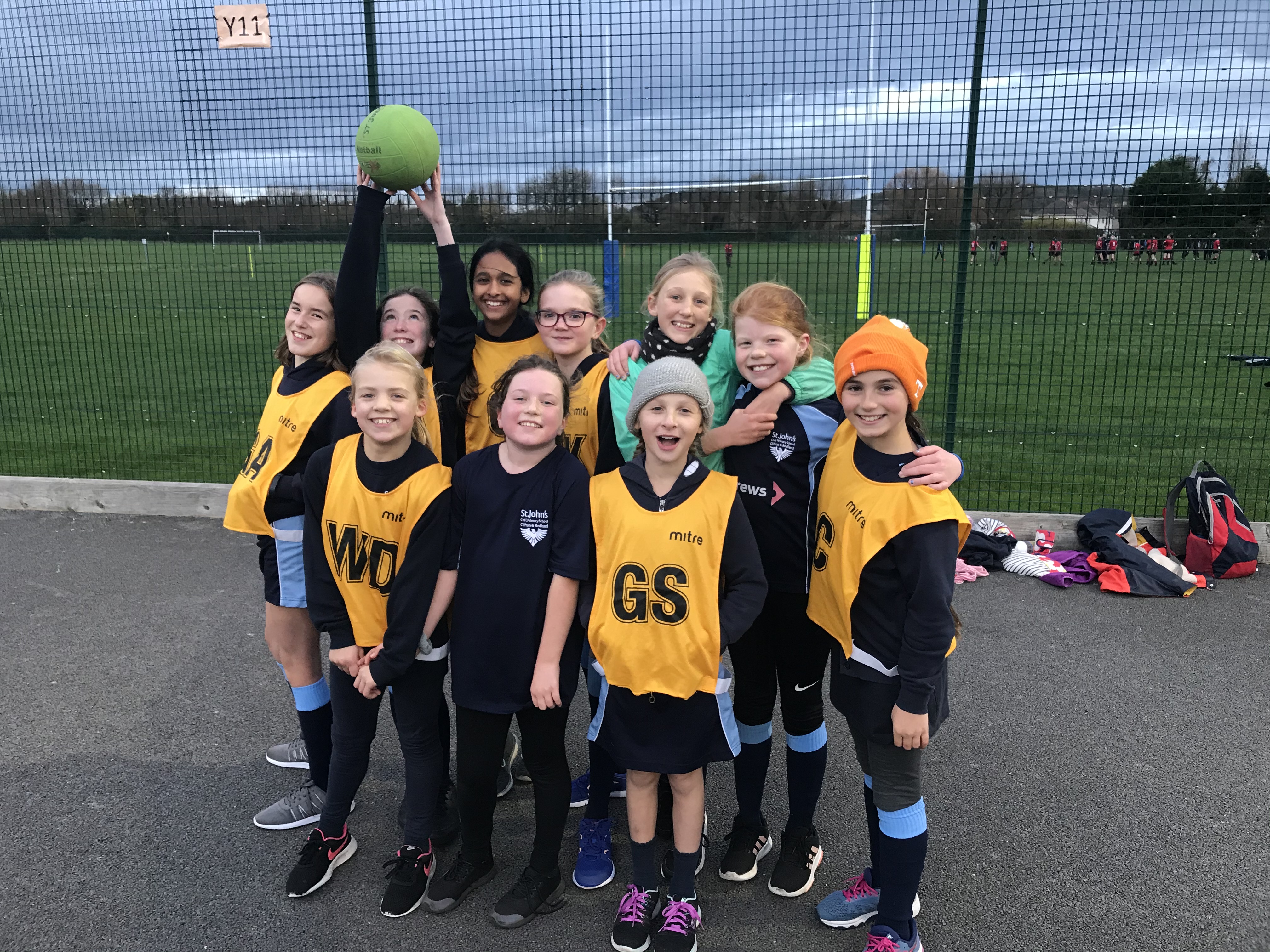 The year 5/6 netball team played in a very cold tournament at St Bedes last week.  Many schools from the area were competing.  Our girls played 2 very competitive matches against St Ursula’s and Westbury on Trym.  Both schools had well drilled sides and our girls held there own narrowly missing a win by  1 goal against WOT.  Mrs Earnshaw is incredibly proud of all the girls who displayed the ethos of the club…teamwork, fun and respect. This was  the first ever netball match some of the girls had played in, bring on the next tournament in  December!

Nine children from the year 5/6 football squad went to represent the school in our second round of football league fixtures this week. They managed to win both matches 2-1 and 2-0 which now means we have won 3 out of 4 games and are close to the top of the league. Mr Allcock was very proud of the boys who played as the showed their excellent football skills but also showed great teamwork and sportsmanship towards the opposition. Well done year 5/6 football team!